The Regional Differences of Texas Barbecue 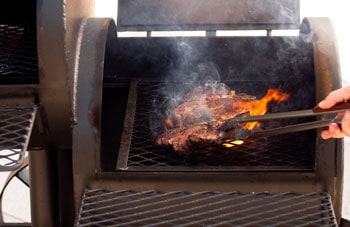 You can’t visit Texas without being exposed to their famous barbecue. Everywhere you go, you’ll see advertisements for barbecue joints and references to barbecue accessories, and meat for barbecuing.

Barbecue is a unique method of cooking that shouldn’t be confused with what many northerners call barbecuing. In Texas, that’s really grilling. Instead, barbecue is a method of cooking that requires a closed lid chamber—usually in a barbecue pit or offset smoker—and indirect heat that surrounds the meat and cooks it evenly and slowly over a long period of time. It can take most of a day to barbecue a large cut of meat or a full animal.

In Texas, each region has its own barbecuing techniques and characteristics that make it unique. For example, in Central Texas pitmasters burn oak and pecan wood to flavor the meat, while in West Texas, they prefer the potent flavor of mesquite. East and South Texas are all about the sauce for the meat, while Central Texas is all about the spice rub. But for all their differences, most Texans can agree that the brisket is the king of barbecue.

Regional differences in barbecuing are due to the types of immigrants that settled in each area. South Texas has Mexican farmhands to thank for its famous barbacoa. Originally, barbacoa was done by wrapping a cow’s head in damp leaves and placing it in a pit dug in the earth, lined with coals, and leaving it there for several hours. In Central Texas, Czech and German settlers smoked the leftover meats from their butcher shops to preserve them. They began selling it to customers and it became so popular, the butcher shops eventually became barbecue joints. As for the sauce-laden, chopped barbecue of East Texas, this is credited to African-Americans who settled the area after emancipation from slavery. Finally, West Texas barbecue is also known as ‘cowboy barbecue’ because it comes from the days of cooking over open fires on cattle drives.

While regional recipes and differences are now swapped more easily, the culture of Texas barbecue remains a large part of the state’s identity and history.

A convenient way to get everything in your inbox.

REGISTER YOUR SMOKER OR GRILL